Yung Swiss Rants About Being An Independent Artist

Yung Swiss Rants About Being An Independent Artist: Looks like SA rapper, Yung Swiss will be handling his career independent of any record label. The Baby Bottom creator took to Twitter to make this revelation.

Yung Swiss became a signee to Playground Productions under which he produced his major hits. But its seems like the record label and the rapper are no longer on good terms which has prompted the artist to decide to be on his own.

In his tweet, he revealed that he will be hanging on to God as people are capable of doing the worst things imaginable to their fellow human beings.

Life is a bitch. People will do the worst shit to you out here but just hang on to God. I'm officially an independent artist. 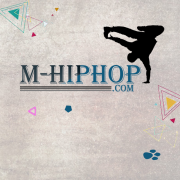 Born and raised to be loyal